Home > Wedding > Why is the wedding ring often worn on the left hand? 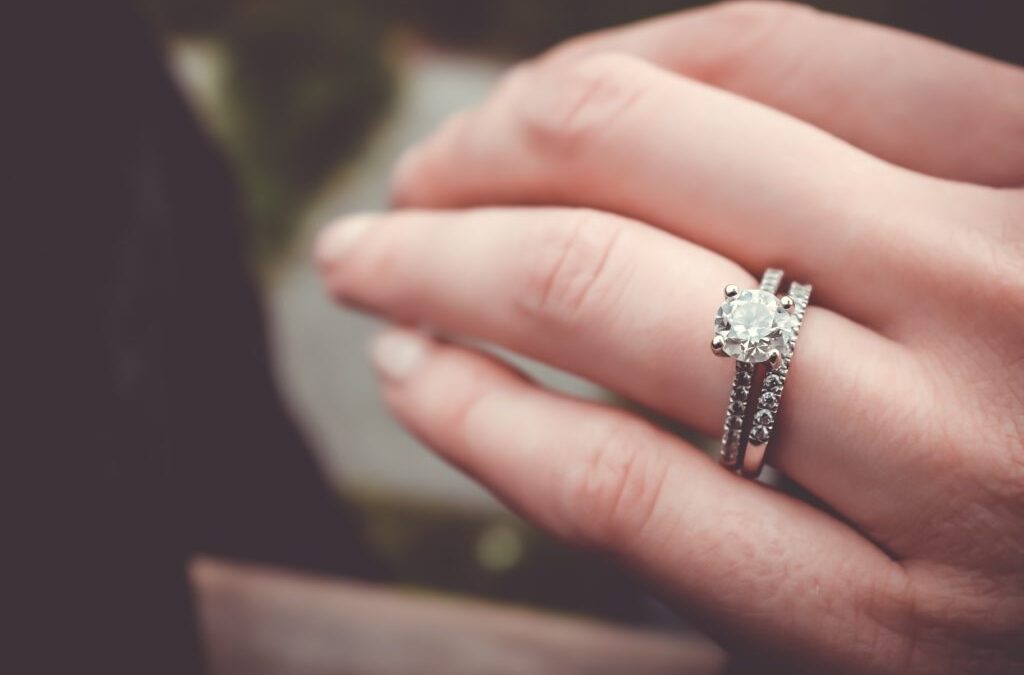 Why is the wedding ring often worn on the left hand?

Anything becomes interesting when everyone is kept guessing and such is the mystery of the left hand. Why are wedding rings worn on the left hand across the globe, from the western world to the eastern countries such as India and South East Asia?

Most people will say that it’s a tradition and that’s just how it’s done. Chapter closed. However, traditions come from somewhere and usually there are interesting stories behind them. And this story is as interesting as they come.

A wedding ring is the universal sign of love, marriage and commitment and it all apparently began by ‘tying’ the knot. In the earlier days, the man would tie a piece of twine around the finger of the woman or even on her wrist in some places as a sign of his marital commitment.

The ancient Egyptians believed that a wedding ring represented continuity and commitment. They also believed that the ring finger, or the 4th fingers of the left hand, contained a vein of love that led directly to the heart.

When Alexander invaded Egypt in 332 BC, the Greeks adopted this belief who eventually passed it on to the Romans. The Romans called the vein of love ‘vena amoris’ and started using the fourth finger of the left hand as the ring finger in weddings. As the Roman empire spread, so did this tradition and over centuries as the world became more connected, it gained in popularity to such an extent that almost everyone practices it today.

Over time, basic materials gave way to metals which became more precious and ornamental depending on the status of the man. Today, the wedding ring (or the proposal ring or the betrothal ring or the engagement ring), which started out as just a symbol of commitment, has now become a piece of jewellery.

Contrary to what we may imagine, earlier only the man gave the woman a ring. The concept of exchanging rings on the wedding day became popular only around the Second World war. Before this, the exchange of rings was never an essential part of the wedding service. At that time, it was felt that a wedding ring worn by men would not only remind them of their wives back home but also give them solace through those long periods of separation.

Now let’s get back to the popularity of the ring finger of the left hand other than being the highway to the heart. The ring finger being on the left hand also has practical benefits. Since most people use their right hand for day to day physical tasks, it helps to protect the expensive piece of jewellery from wear and tear caused by daily work and chores.

However since the men were engaged in physically hard tasks, the ring couldn’t be a delicate piece of jewellery like it was for women. It had to be sturdy and non-descript, like a band, which would not come in the way of physical tasks. This is how wedding rings also came to be called wedding bands for men.

To summarise, although this tradition started more than 2000 years ago with the belief that the fourth finger of the left hand is directly connected to the heart although the medical science believes that, whether left or right, all veins lead to the heart but over the years this belief has become a popular tradition.

Now that you know the reason behind the ring being worn on the left hand, remember that a beautiful wedding not only comprises of an elegant ring, it also involves bridal wear, suits and sherwanis for the men, classic Indian wedding cards  to invite guests, a picturesque venue with elegant decoration and so on. Each of these have to be catered to well to have the wedding of your dreams! Our advice – start 12 months in advance 🙂

Want to make your wedding extra special? Here’s an Idea!

Photography is the Most Important Part when choosing any Wedding Planner

Wedding Face Coverings Are A Must Nowadays

How to Have a Healthy Divorce: 9 Expert Tips for the Divorce Process

How to ask hand for nuptial

Mother’s Day Gift Guide: Say I Love You With Jewelry